Because of the difference between implant denture and natural tooth, it should be treated differently in occlusal design. Based on different missing tooth sites and different soft and hard tissue conditions, the design of implant denture restoration varies greatly. 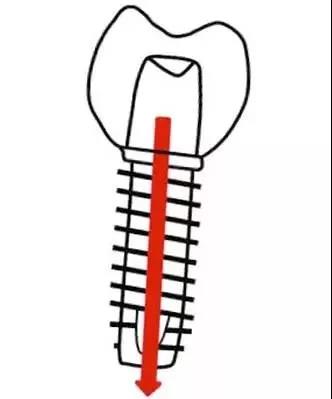 If the single implant denture in the posterior region can achieve the buccal-lingual three-point jaw contact similar to that of natural teeth, it can also achieve the goal of axial transmission of jaw force. 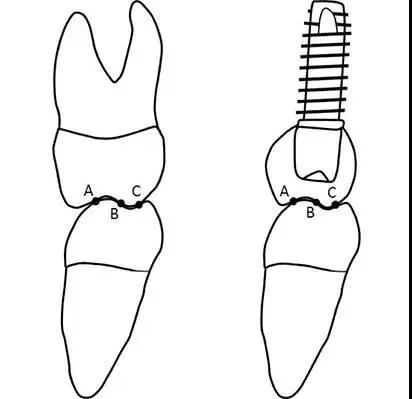 However, unlike natural teeth, the motion of osseointegration implants is only 3-5 μ m (the normal movement of natural teeth can reach 25-100 μ m). Once the implant denture is lost at any point A, B, C in the process of use, the non-axial stress loading on the implant will be formed. 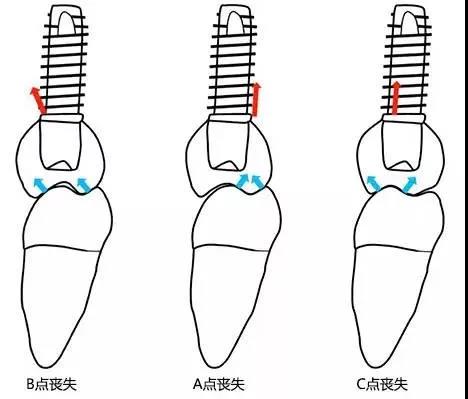 Therefore, for the posterior single implant denture, the safer maxillary contact design is to form a certain area of apical-oval fossa contact with the opposite jaw teeth, rather than A, B, C three-point contact. 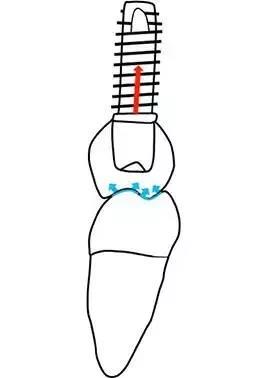 The essence of apical-oval fossa contact is to enlarge the three points A, B and C into three sides A, B and C. 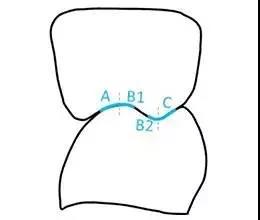 Can the axial transmission of jaw force of implant dentures in posterior teeth be solved by apical-oval fossa contact alone? How to design the occlusal contact of such an implant? 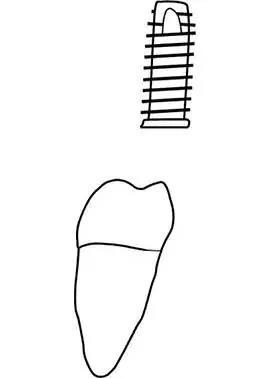 Regardless of whether it is correct to release the implantation site and direction, when our task is to repair such an osseointegration implant, can we achieve the goal of axial transmission of jaw force through a certain occlusal contact design?
The answer is maybe. 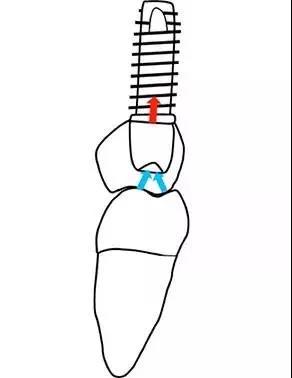 When the maxillary implant is shifted to the palatal side and the midline of the implant is opposite to the buccal slope of the tongue tip of the jaw tooth, it can be seen that the position of the implant can be designed as anti-jaw, and achieve stable A, B, C three-sided contact. 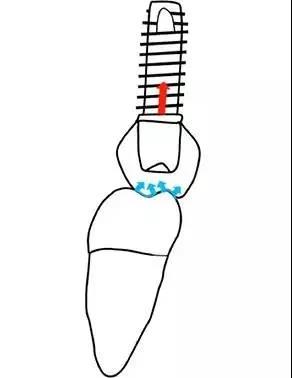 When the maxillary implant shifts more than one cusp slope to the palatal side, and the midline of the implant is facing the tip of the tongue, in addition to the reverse design, it is also necessary to give up the contact between the buccal tip of the upper tooth and the central fossa of the lower tooth to prevent the cantilever from being forced. 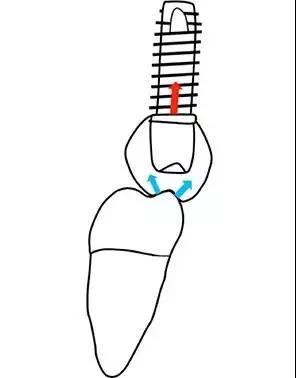 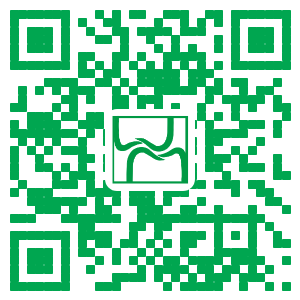